While we're waiting for our fence to suntan before we stain it, I took on another outdoor project this weekend.

Yep, it's Garden 2013! And there's a reason for the Oregon Trail look, I promise. Since we've moved here, we've had some windy nights and some CRAZY 30 mph windy nights. On top of that, the neighbors all comment on the foggy summers. So to help my future tomatoes out, I decided to build them a little green house to protect them from the wind and to elevate the temperature during the colder days. This should also help me with the "year round" gardening Bay Area people seem so keen on.


I started out with 2x12s at 8 feet and 4 feet. (I do not recommend 2x12s as they are very expensive, and you can get the same results with stacked 2x6s.) We leveled out the dirt a bit before assembling them. 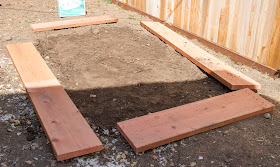 I used the pocket hole system once again to join the pieces of wood. Then, because we have some resident moles in the yard (ew), we stapled some chicken wire to the base and flipped the whole thing over. 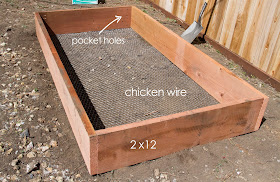 Then we built a frame to go on top out of 2x2s and 2x4s for corner braces. This will be the base for the covered part. 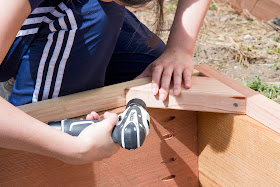 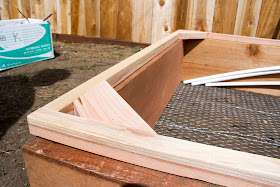 Then we attached 1/2" 10-foot PVC pipe to create the arches. 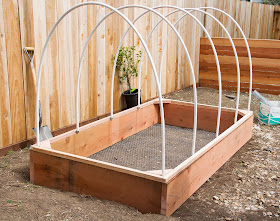 I put one screw into the inside bottom of each pipe (to keep it from slipping), then secured it with a pipe clamp. 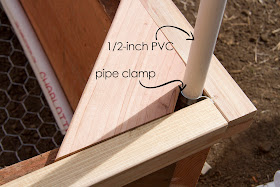 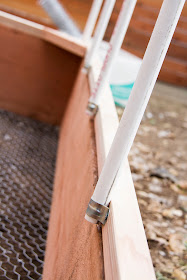 Now I'm still not sure if this next step was necessary; I bought some wire mesh and used a LOT of electrical tape to secure it to the pipes, which was very time consuming. My reasoning was to provide more stability for the frame as well as the plastic sheeting, but I'm thinking some 1x2s screwed into the PVC would've worked just as well. 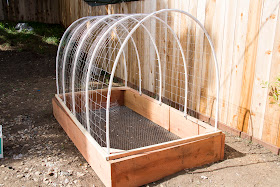 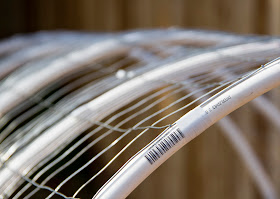 I stapled some 3.5 mil plastic to the 2x2 frame, which I do not recommend attempting while it is breezy outside. Plastic everywhere, suffocation, etc. 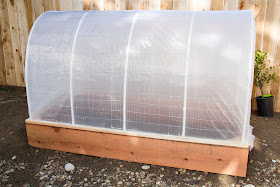 I attached two hinges on one of the short 4' sides. 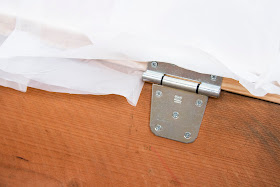 And some plastic chain on the long 8' side. (I do not recommend plastic chain, as it bends and stretches far too easily. I bought it because I thought it would be easier to work, rust-free, and lightweight, which it is....but the stretching is no bueno.) 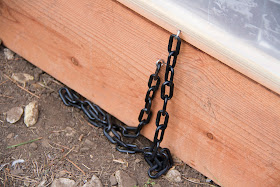 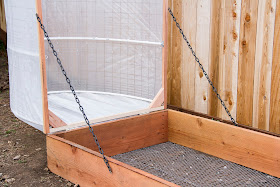 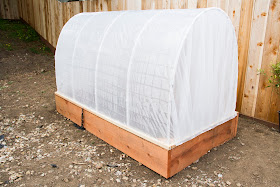 I'm planning on rigging up an automatic watering system for my soaker hose, so I installed this adapter in the side. The garden hose will go on the blue side and the soaker hose will come out the other side. 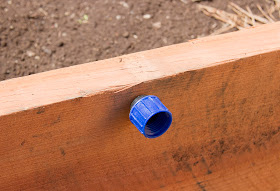 On the last Saturday of every month, Berkeley puts out a bunch of free compost near the Berkeley Marina. We went and shoveled some into some boxes and mixed it with existing soil from the yard and a healthy amount of pine needles. 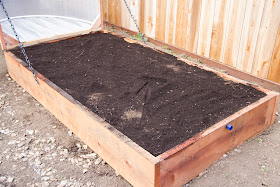 Now it's time for planting! I'm still working on the layout, but I've got my tomatoes planted and safe from the cold and wind. I'm planning on a bunch of basil, squash, swish chard, onions, garlic, and some herbs. But mostly it's gonna be tomatoes and basil. Nothing beats homemade pasta sauce with home-grown veggies! MMmMMmmm I can't wait. 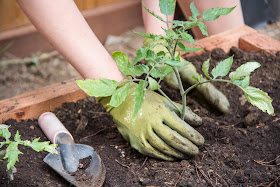 I put an outdoor thermometer in the greenhouse you know, for science. As I feared, the temperatures under the cover rose easily to 100 degrees on a sunny day, and sometimes even higher (I think the record was 123 degrees). Cutting vent holes in the top only helped lower the temp by about 5 degrees. Not to mention those damn constant winds we get up here had their way with the plastic sheet, tearing it from the staples, which in turn allowed wind into the greenhouse, which caused some structural damage to the cover frame.

SO I decided to replace the plastic with a more breathable garden fabric. I ordered an extra thick specimen from Gardener's Supply called "GardenQuilt", which is very sturdy and should hold up to the constant winds. I also wrapped it around the whole frame and stapled the shit out of it because this wind is apparently not to be messed with. 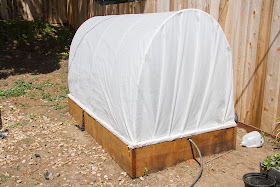 It was a very warm day today and I'm happy to report that the temperatures were a good 10-15 degrees cooler than with the plastic cover.

Other updates included adding a latch to keep the cover from scooting around in the wind. The wind tore the latch right out of the wood...go figure. So I just screwed in a scrap block of wood on the opposite side of the bed to keep the frame from getting pushed. I also repaired some of the diagonal braces on the frame with some wood glue and extra screws.

Then I automated my watering system with a timer: 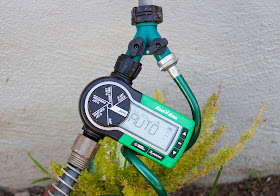 Thanks for all the wonderful feedback and smart tips everyone! You've given me even better ideas for the next greenhouse.

And for those wondering what I'm planting or for those wishing to criticize my inexperience at spacing out a garden, here's a diagram! I blog with authority, I know, but I really have no idea what I'm doing. 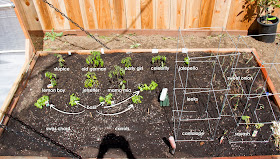 UPDATE:
For a plant-by-plant report on how my crop did in the greenhouse this summer, click here!
Stephanie at 11:00 AM
Share